If there is a recurring theme in the seven books that I have written or edited, it concerns the social use of moral knowledge. How much do we need to know about the moral dispositions of other people? How much are we likely able to know, and under what circumstances? What is the place of such moral knowledge—including the knowledge codified in customs, traditions, and “norms”—in civil life, i.e., in the life of economy, society, and polity? These are the kinds of questions I have returned to most frequently.

Though my work has often drawn interdisciplinary inspiration (sometimes from the humanities, lately more often from the behavioral sciences), it has always been at bottom historical. My first book, La Rochefoucauld and the Language of Unmasking in Seventeenth-Century France, traced a pre-history of what Paul Ricoeur called the “hermeneutics of suspicion.” Though the French philosopher linked this social practice to the modern critical enterprises of Marx, Freud, and Nietzsche, my work traced some of its significant pre-modern roots.

The end of the long, open revolt against liberalism (1917-91) raised a different set of questions concerning the social use of moral knowledge. In Compass of Society: Commerce and Absolutism in Old-Regime France, I addressed one of them: Given the stigmas attached to the trader throughout history, by what counter-intuitive process was it that Adam Smith’s notion of modernity as one big “commercial society” in which everybody “becomes in some measure a merchant” came to be imaginable in a country that we are accustomed to see as home to vital traditions of both modernity and revolution?

More recently, The Moral Economy We Have Lost (under review) is a social-historical assessment of the moralization of economic conduct among ordinary people in premodern Europe. Through a survey of the life of labor, trade, consumption and household management, I reset the baseline for critical assessments of modern “capitalism” by offering an alternative to E.P. Thompson’s famous paradigm of the “moral economy of the . . . crowd.”

Taking Liberty Seriously: Political Economy and the Moral Origins of Modernity (draft over half-complete) pursues a theme left over from the previous title by exploring the ways in which political economy—often seen as replacing a traditional “moral economy” with a cold and “amoral” market society—actually contributed much, perhaps most, to a genuinely moral modern sensibility. The Moral Lives of Pre-Industrial Merchants (early stages) would, if time allows, take these investigations global. Surveying the literature on merchants and traders from China, India and the Middle East as well as from Europe, that book would attempt an updated answer to a question Max Weber and others have posed: Was there an early “divergence” in the experiences of merchants East and West that might help explain the time, place, and circumstances of the great escape from the Malthusian trap?

Along the way, I have produced over ninety articles, chapters, papers, and reviews, as well as a number of editing and translating projects, including Commerce, Culture, and Liberty: Readings on Capitalism Before Adam Smith, Montesquieu’s intellectual diary My Thoughts, and Encyclopedic Liberty: Political Articles in the Dictionary of Diderot and D’Alembert.

My work has received the Outstanding Academic Title designation from Choice magazine, the Wilson Prize for best scholarly index, and a citation for “teaching excellence” at Dartmouth College among others.

I have taught roughly 50 different courses overall, rarely declining an invitation to muster a new one—on topics ranging from the French overseas empire to the global history of famine, and including a number of collaborative ventures. Teaching was and is my first love: the ideal of a liberal education, however dispiritingly threadbare it may sometimes seem, has always beckoned. 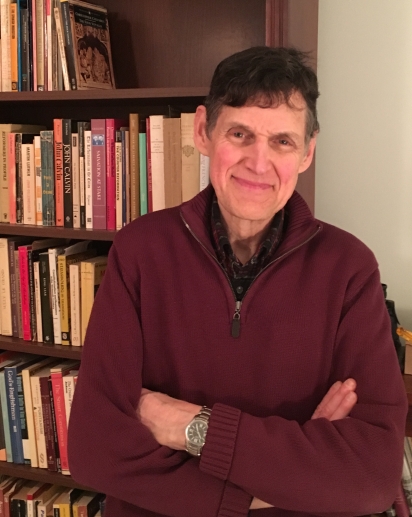