In conjunction with participating departments, the Political Economy Project sponsors fellowships--for one year, with possible extension to a second year--for recent PhDs.

Check back on our website for more information about forthcoming opportunities.

Fellows spend the majority of their time on independent research. They generally teach two courses per year in their host department, at least one of which will be directly related to the mission of the Political Economy Project. The courses are taught in separate terms, and range from introductory to advanced levels. Fellows hold an appointment as a lecturer in their host department and as a postdoctoral fellow in PEP, and are in-residence for the Fall, Winter, and Spring terms. 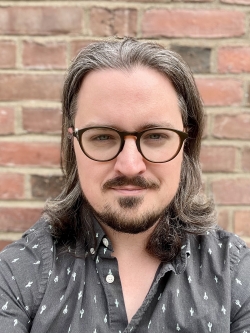 I have recently completed a stint as Teaching Assistant Professor of Philosophy at the University of North Carolina at Chapel Hill, where I also received my Ph.D.  Beginning July 2021, I am a Postdoctoral Fellow with the Political Economy Project and Lecturer in the Department of Philosophy at Dartmouth College.
My work focuses on moral philosophy, political philosophy, and their respective histories.  I am especially influenced by Hume's contributions to these areas, which is reflected in several of my papers.

In F'21, I will be teaching PHIL 1.03, "Philosophy and Economics." Here is the ORC description of that course: What makes an economic system fair or unfair?  What does it mean to be economically rational?  How should we evaluate public policy?  How do we know when things go better or worse for a person?  This course will explore a range of fundamental issues in ethics and political philosophy that have deep implications for economic analysis including distributive justice, well-being, and rationality.  It will also examine philosophical perspectives on economic efficiency and social choice theory. 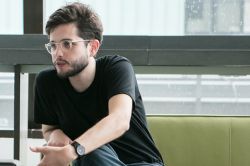 My research bridges political theory and social history by focusing on the development of global capitalism, empire, and the legacies of racial slavery in the Atlantic world since the late seventeenth century.

At Dartmouth, I will work on my ongoing book manuscript, Factories of Modernity: Political Thought in the Capitalist Epoch, which recasts the early modern factory system as a decisive stage for political thought and practice in Britain and its Atlantic colonies between 1688 and 1807. From this historical study, the book develops a long-range conceptual framework for understanding modern capitalism and confronting its enduring patterns of racialization, labor discipline, and inequality.

During the 2021-2022 academic year, I will teach two classes related to this research project: "Theories of Racial Capitalism" and "Political Theory in the History of Capitalism." More information about my research and teaching interests is available on my website. 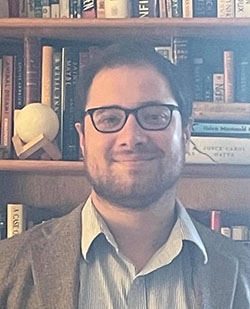 Jacob ("Jake") McNulty is an incoming post-doctoral fellow in the Political Economy Project at Dartmouth College for 2021-22. He is a philosopher who focuses on modern European ("Continental") philosophy and social theory of the 19th and 20th centuries. His research so far has focused on Rousseau, Hegel, Marx and the Frankfurt School of Critical Theory. His first book, Hegel's Logic and Metaphysics, is under contract with Cambridge University Press. Shorter pieces on Fichte, historical materialism, Cavell and modern music have appeared in such journals as the European Journal of Philosophy and the Journal for the History of Philosophy.

This Winter, Jacob will be teaching a new course in the Philosophy department in the Phil 16 series. Its focus will be 19th century European Social Theory, especially the writings of Hegel and Marx. The syllabus is available in advance, but here is the course description:

"This course concerns two towering figures of the nineteenth century, Hegel and Marx. Our goal is to explore their contrasting views of modern society, especially the modern market economy. We begin with Hegel's Philosophy of Right, an attempt to show that modern society promotes human freedom. We then turn to Marx's Paris Manuscripts and Capital, considering his case for the revolutionary overthrow of this society. Topics discussed along the way may include private property, individual rights, human nature, alienation, exploitation, civil society, democracy, false consciousness, and ideology critique."

Jacob lives in the Upper Valley, and is always available to meet with undergraduate students, whatever their major, area of interest or year. He is happy to advise not only those students already well into their course of study but also those just starting and unsure of where they would like to focus. The best way to reach him is by email. He has advised undergraduate theses in the past, and is happy to do so again. He can also advise students on graduate study in the US or UK, and on fellowship opportunities.